The popularity and advancement of smartphones, the parade of mirrorless options, and $1000-ish full frame DSLRs have not, as some of the doomsayers foretold, killed the serious fixed lens camera. Not only that, but we had three new models since our previous update in July 2017. One of the three was even a new segment for RAWsumers, the “serious elementproof action cam” in the Sony RX0.

The storied Canon G-series has now “graduated” to an APS-C sensor with the brand new G1X III, and its price too adjust upwards to factor the larger sensor size.

For the full size chart, click on the image below or use the direct PNG link. 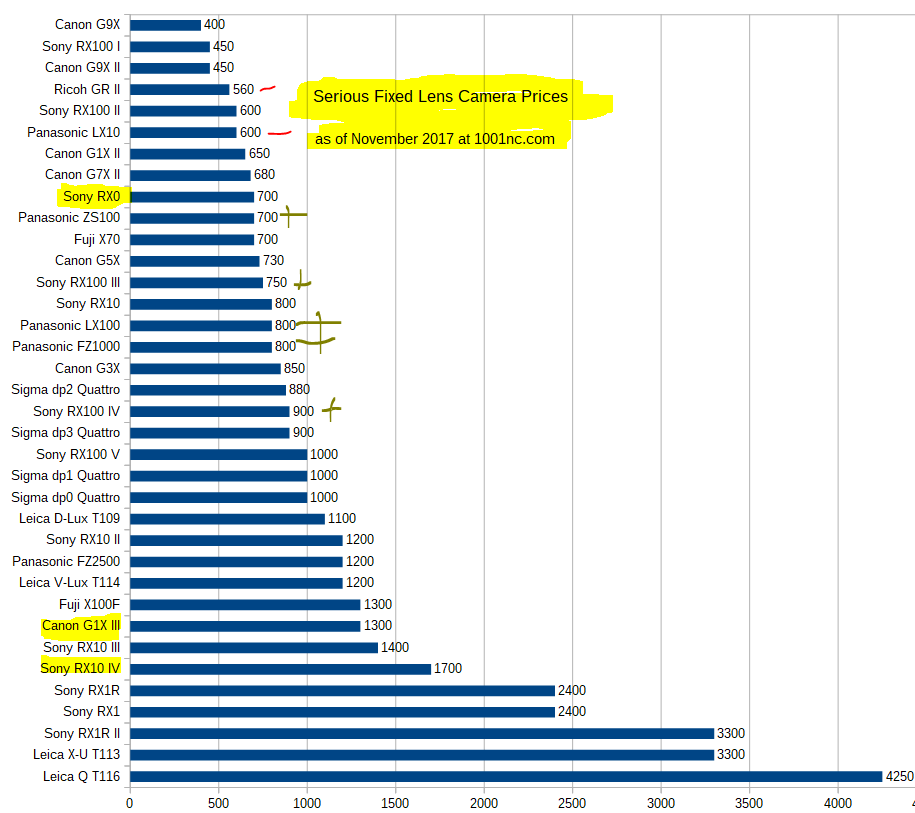 It fascinating that Sony is doubling down on every single RX-series camera it made. They are all available at the three tracked authorized dealers, and if you follow their chart bars, they have a price staircase pattern, so you can find an RX100 or RX10 or RX1* camera if your budget is anywhere between $450 and $3300. Quite smart if you ask me!

There were no dramatic price changes or patterns, just seasonal adjustments, mostly upwards. The Ricoh GR II price drop was the smallest among all cameras in the November 2017 series, a mere $10 drop. The price non-changes are yet another sign of the “competitive truce” among the traditional camera manufacturers.

Canon joined the APS-C RAWsumer party with the G1X III. Interestingly, despite all the Canon G-series models out there, Canon has yet to make a play in the “Big Sensor Primes” market, re-defined and popularized by the Fuji X100 series many years ago. 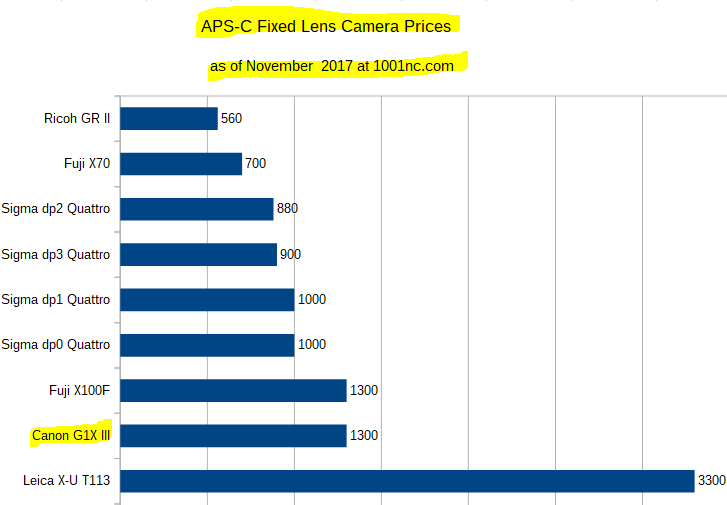 1-inch sensors are the most prevalent in this segment, with two new models appearing here. Sony is definitely in-love with this sensor size, as both the RX10, RX100 and new RX0 series are using this sensor. From there they have a big jump to 35mm full frame for the RX1* series. No middle ground for Sony 🙂

Click on the picture below or the direct link for the full size version of this chart. 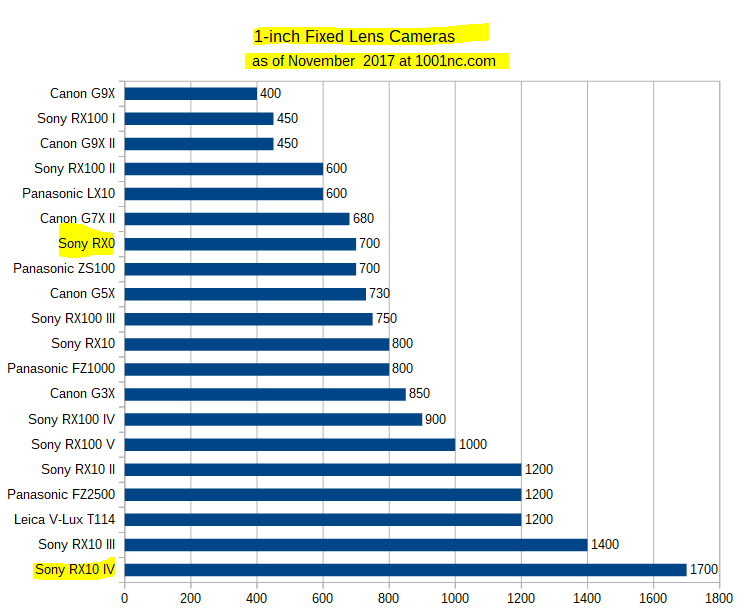 APS-C and 1-inch sensors are the most dominant but there are RAWsumer cameras at these sensor sizes as well: