Where Does The Data Come From?
The prices are the consensus prices between Amazon and B&H Photo and Adorama as of November 18 in 2015. These are new condition with USA warranty prices, from authorized dealers. There are no mail-in rebates this time around. Older cameras that are no longer available in new condition with USA warranty from the above retailers are not included.

Some cameras have multiple kits and options, and sometimes the 1-lens or 2-lens kits may be better bang for the buck than the body only. This however is beyond the scope of this price chart, as it would complicate things significantly in the organization and presentation (in other words, that’s another story for another day).

While the trend is typically for prices to go down or stay the same, the Sony a58 with 18-55 kit is actually $100 more expensive in this snapshot than it was in the December 2014 snapshot.

NOTE: click on the image or view in new tab/window to see a bigger version of the charts below. 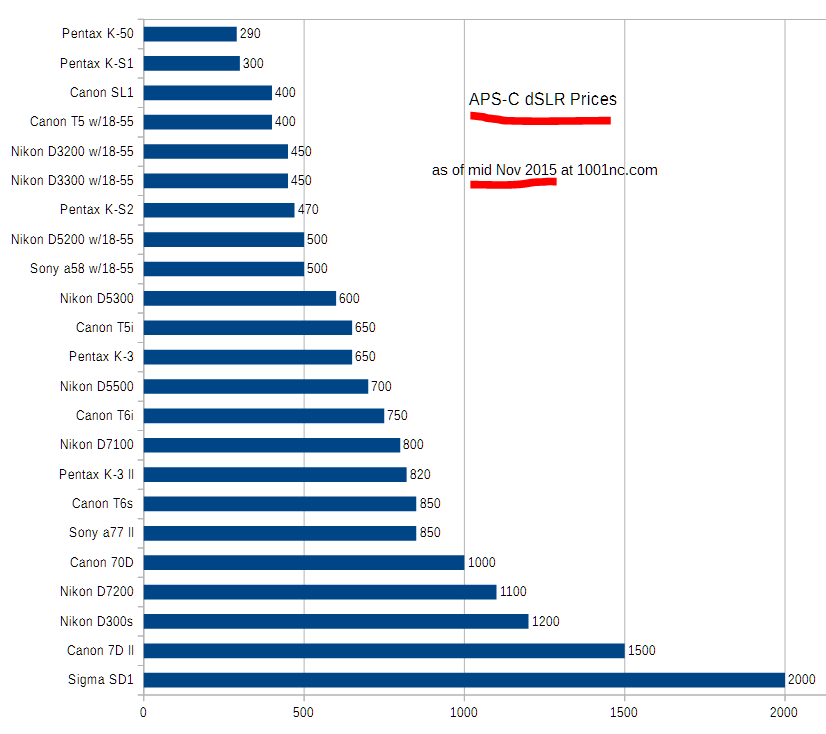 As you can see above, Pentax leads the way the two sub-$300 DSLRs. The price is the lowest price among all the different colors – some of those Pentaxes are playing darts with the color-wheel in terms of color combos 🙂

The chart below is a “take pictures with” comparison, what someone without any previous DSLR gear would buy. Many of these kits are available at mass market brick and mortar retailers or high volume internet retailers. Pentax once again wins the day price-wise, although it’s Canons and Nikons you will likely find at the mass market retailers. 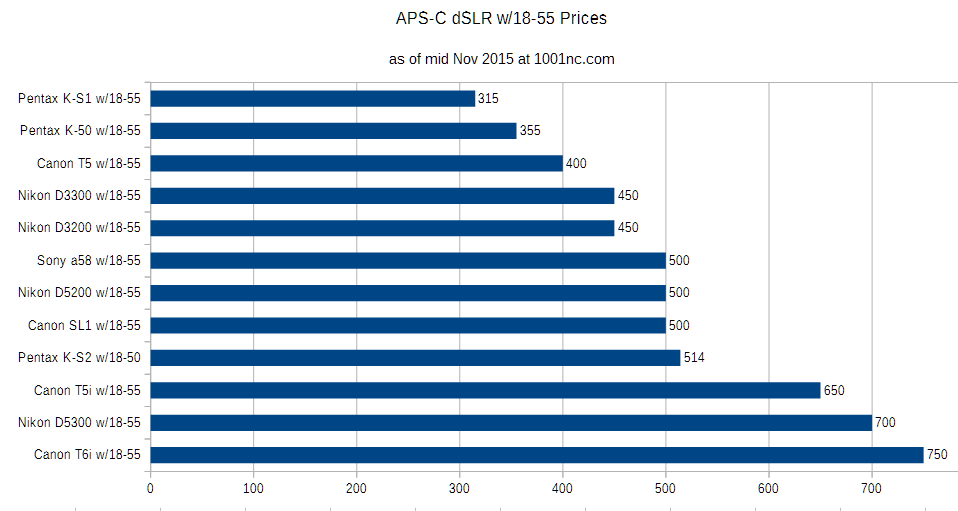 Most of the camera prices are in unison at the tracked authorized retailers, thanks to MAP putting the free market in a straight-jacket. Pentax is the last semi-holdout, there is some price variance with some of their cameras/kits.